We work in an ever-changing and increasingly competitive landscape that challenges and rewards those that are agile and innovative, while punishing those that are not.

Take, for example, the bankruptcy and bailout news regarding yet another European Union country, Cyprus. This island country in the Eastern Mediterranean Sea, which accounts for just 0.2% of the eurozone economy, is seeking a €10 billion bailout from the European Central bank. These funds will provide short-term relief, but there are already reports that the country's unemployment rate will spike from its current 15% to more than 25% over the next 12 months. Overall, the economic frailty of several eurozone countries over the past few years has forced governments across the eurozone to challenge their policies on everything from taxes and labor laws to defense and health care spending.

On the other end of the spectrum, consider professional golfer Tiger Woods. After plummeting to 58th place in world golf rankings in November 2011, he has now triumphantly returned to being number one. During his already Hall of Fame career, Tiger has continually challenged his world-class game and has changed his golf swing an unthinkable three times.

Willingness and ability to challenge the status quo and embrace change are hallmarks of high-performance. However, as elaborated on in the Institute for Corporate Productivity (i4cp's) research report Building a Change Ready Organization (complimentary), though the pace of change continues to quicken and become less predictable, most organizations are also increasingly less capable of adapting to and managing this change.

These executives and organizations were among many featured at i4cp's annual conference who are challenging conventional wisdom and are living examples of how people practices drive market performance. We've just announced that i4cp's 2014 conference will return to the Fairmont Princess in Scottsdale, Arizona on March 10 - 14, 2014 (early registration will open soon). Also, on Thursday, April 18 we will be conducting a complimentary webinar that elaborates on the key findings and takeaways from our 2013 conference. 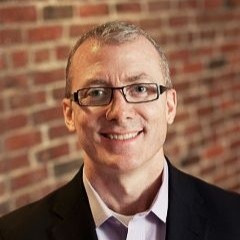