Zoning In on Productivity by Zoning Out 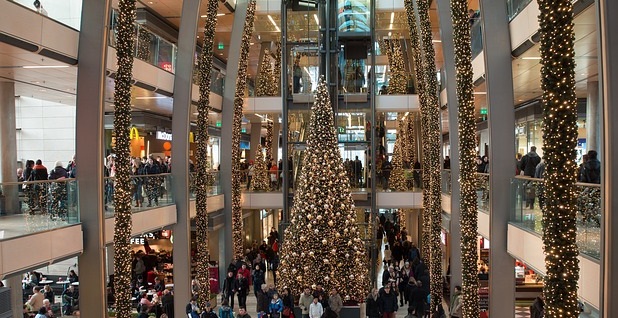 'Tis the season for work distractions. In a new i4cp survey, 62% of respondents said that productivity drops in their organizations during the holiday season. And about 30% said there's a general atmosphere that "work isn't serious" this time of year.

But not every employee idly staring out the window is actually wasting the company's valuable time, it turns out. In fact, some studies show that what is commonly referred to as "daydreaming" can sometimes reap significant productivity benefits - though it must be daydreaming of a certain ilk.

Executive business coach Paul Lemberg champions daydreaming as a business opportunity: Give your mind free rein and you may discover "something far out on the curve - far ahead of whatever the market is thinking about. Something very useful - your next source of competitive advantage" (Lemberg, 2008).

In the past, support for the productivity benefits of daydreaming was purely anecdotal. People cited such imaginative feats as Einstein discovering the Relativity Theory, or the carbon ring being revealed to Kekule while he was daydreaming. More recently, there was the example of retired Intel executive Dov Frohman inventing the first erasable and reprogrammable semiconductor memory during mind-meandering spells.

Now, there is scientific research to support the connection of creative productivity and daydreaming, but with a caveat: There is a major difference between unbridled reverie and constructive daydreaming. Experiments by Jonathan Schooler, a psychologist at the University of California in Santa Barbara, found that prolific daydreamers outperform infrequent daydreamers "on experimental measures of creativity, which require people to make a set of unusual connections." Schooler separates daydreamers into two kinds: those who are unaware that they are daydreaming until questioned by a researcher (even after being directed to press a button the moment their minds drift) and those who are aware when they daydream. Only those who realize they are in a daydream state demonstrate an upswing in creativity.

"The point is that it's not enough to just daydream," Schooler says. "Letting your mind drift off is the easy part. The hard part is maintaining enough awareness so that even when you start to daydream you can interrupt yourself and notice a creative insight" (Lehrer, 2008).

So it seems that Intel's Frohman, who attributed "nearly every major decision of my business career ... to the result of daydreaming," was successful due what we could term "mindful reverie." He was aware during daydreaming when his mind had come up with something that would translate into a practical business process (Frohman & Howard, 2008, pp. 74-75).

Another scientific argument for daydreaming is that it is the product of a default network in our brain's cortex - something discovered during functional magnetic resonance imaging (fMRI) research at Dartmouth College. Among several cortical regions, the subject's medial prefrontal cortex (the area engaged during executive functions) showed activity even when the subject was idle. The research team posed that daydreaming may be the evolution of the brain to do multiple things simultaneously. Malia Mason, now a Harvard Medical School postdoctoral researcher, said that daydreams "reflect an amazing capacity on our part to multitask ... it is as if we have a sense of how much attentional resources we have 'left over' and allocate these resources to working out some problem or anticipating what we have to do in the near future" (Swaminathan, 2007). Some scientists believe that we daydream about a third to half the time that we are awake, yet the duration of one daydream is no more than three to four minutes (Frank, 2006).

There are times, of course, when daydreaming in the workplace just isn't appropriate, such as during meetings. There are some ways of avoiding daydreams in these kinds of situations. Schooler advises that, during meetings, people can harness concentration through participation and by asking questions. Note-taking might also help. Another place to avoid daydreaming is at the desk when "regular" work is expected. Schooler recommends that workers can take a short walk: "If you don't take regular breaks - especially when you're not enjoying your job - your brain will take them for you" (Hettinger, 2008).

Below are some strategies that productivity and time management expert Laura Stack (2006) recommends to employees:

So, don't assume that your daydreamers are costing your company money. By allowing for - or even encouraging - focused daydreaming, organizations can help keep employees creative and productive not just during the holidays but all year long.

Editor's Note: The TrendWatcher will be on holiday until January 9, 2009.

Documents used in the preparation of this TrendWatcher include the following: