New research from i4cp and the Aspen Institute's UpSkill America found that investing in the development of frontline workers correlates to business performance--but few companies are truly taking advantage of the opportunity.

The study, Developing America’s Frontline Workers, included input from leaders at 365 U.S. employers and was conducted in support of the Upskill Initiative announced by President Barack Obama in his January 2015 State of the Union address and later launched at the White House Upskill Summit. The objective is to support businesses in their efforts to educate, train, and develop low-wage and entry-level workers.

Download a complimentary copy of the report now, and then share this infographic with others who may benefit from the knowledge found within: 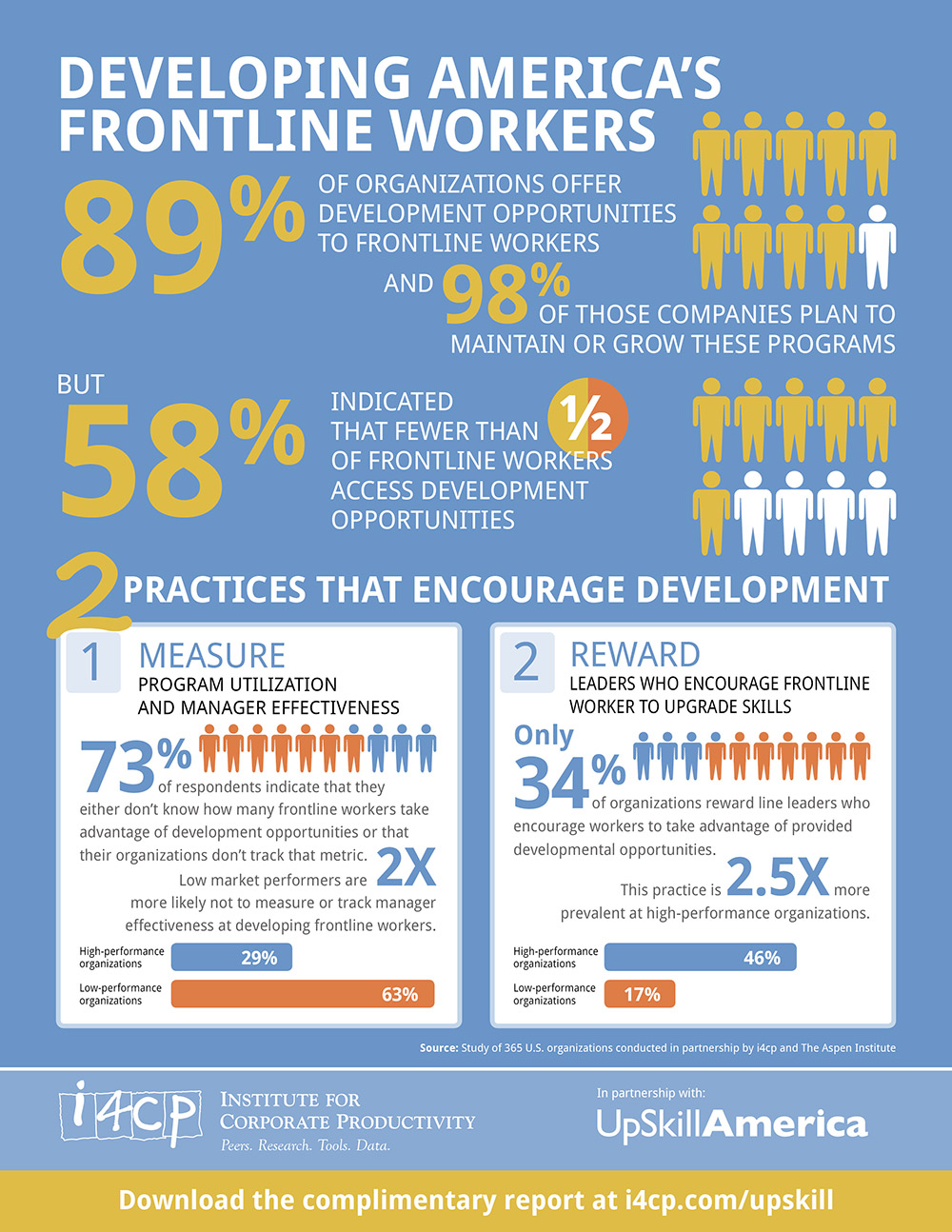