My morning paper and various online sources featured many articles today on new Yahoo Inc CEO Marissa Mayer. Many of those articles centered on the real issues involved in Ms. Mayer’s new job – crafting new strategies for Yahoo, perhaps shifting its focus more toward products and technology and away from content. The focus was business and leadership - not one reference to the “P” word. 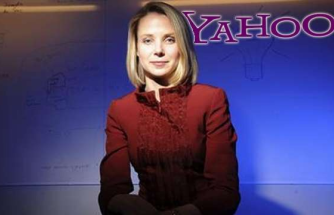 Then I ran across a piece on Forbes’ website that bore the title “Yahoo: Pregnancy As The New CEO Job Requirement.” Author Rob Enderle suggests that “maybe every turnaround CEO, hell every CEO, should get a little pregnant.” I am going to leave that statement just sitting there while I speak to his actual point – that because she is pregnant, which at some point will necessitate maternity leave, one presumes – Ms. Mayer’s condition “will force some practices that new turnaround CEOs often forget.” Enderle describes those practices as building a “strong executive team with high loyalty and personal redundancy.” His contention here is that Ms. Mayer will be well served to put together a senior team that can function in her absence and that will be populated by executives who are not intent on undermining her. Agreed. But he opines that she would be likely to overlook that approach to assembling her top team if she were not pregnant. I would argue that any CEO who would overlook the need to surround herself (or himself) with lieutenants who can be trusted when the leader is out of the room should never have made it to the senior spot. Nor should anyone who is such a dismal judge of people and character that they can’t discern who might be strong exec team choices. No pregnancy required here – just good business and people skills. And yes, I am still chewing on that “little bit pregnant” remark. But wait, there’s more. The article goes on to say that the business world tends to watch female leaders closely and lavish more criticism on them. Because of this, the author suggests that female executives are “less willing to take risks.” Well, he’s absolutely right about the first part, but I suggest that the conclusion is backward. Because they are more closely scrutinized and criticized, female leaders evidence willingness to take tremendous risks, starting with their very attainment of the CEO job. Some time ago, an article in the British Journal of Management – “The Glass Cliff: Evidence that Women are Over-Represented in Precarious Leadership Positions” by Michelle K. Ryan and S. Alexander Haslam – spoke to the situation Ms. Mayer finds herself in. “Women face greater challenges than men in their attempts to climb to the top of the corporate ladder,” Ryan and Haslam concluded from their research. They confirmed “greater scrutiny and criticism,” adding that female execs also are likely to “secure less positive evaluations, even when performing exactly the same leadership roles.” Further “the leadership positions that women occupy are likely to be less promising than those of their male counterparts.” Dubbing this” the glass cliff,” they describe these leadership roles as being “precarious” and “associated with an increased risk of negative consequences.” My point here isn’t to attack another author, it’s to remind us all to be discerning in our assessments of leaders and the skills they bring to their positions. Ms. Mayer faces a daunting task at Yahoo that many people wouldn’t risk taking on. I hope she succeeds. And I hope that the watching world regards her leadership with the kind of fairness that demonstrates that, one day, glass cliffs will cease to exist. There is just one more comment I must make. And I will forbear to SHOUT this, despite the fact that I really, really want to. There is No Such Thing as “a little bit pregnant.” Not now. Not ever. Senior research analyst Carol Morrison writes about leadership, communication, organizational change, and related issues.
Knowledge Centers
Recent Articles