In the classic comedy There's Something About Mary, Ben Stiller's character asks Mary, played by Cameron Diaz, about her former love interest. "What about Brett Favvvvv...ruh," he asks in a memorable line, butchering the pronunciation of Favre's last name (pronounced "Farve").

In the future, Favre may be fortunate to have only his last name misconstrued.

After a career with the Green Bay Packers in which Favre established himself as indisputably one of the greatest quarterbacks in NFL history, his legacy is now tainted. And it's all due to one reason: his inability to let go. With one mediocre season behind him after "unretiring" last year, the sports world is now alive with speculation that Favre will unretire for a second time and - much to the horror of die-hard Packer fans - take the offensive helm for their primary rival, the Minnesota Vikings. The average fan asks a simple question: Why? Read the rest of the TrendWatcher article.
Recent Articles 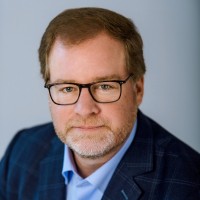