The Gender Pay Gap in 2020: Is Flexibility the Key?

We know more in 2020 about the complex issue of gender equity in the workplace than ever before. But have the multiple and momentous upheavals of the past 12 months helped or hindered progress toward gender pay equity?

The good news amid so much awful this year is that more employers are conducting pay audits to determine if men and women are paid equally for comparable work than they were in 2018, according to research from the Institute for Corporate Productivity (i4cp).

An i4cp survey conducted this month (a follow-up to our groundbreaking research of 2018) of more than 200 business professionals found 80% reporting that their organizations currently conduct pay audits or are planning to do so, up significantly from 59% in May 2018.

Has your organization conducted a pay audit to determine if men and women are paid equally for comparable work? 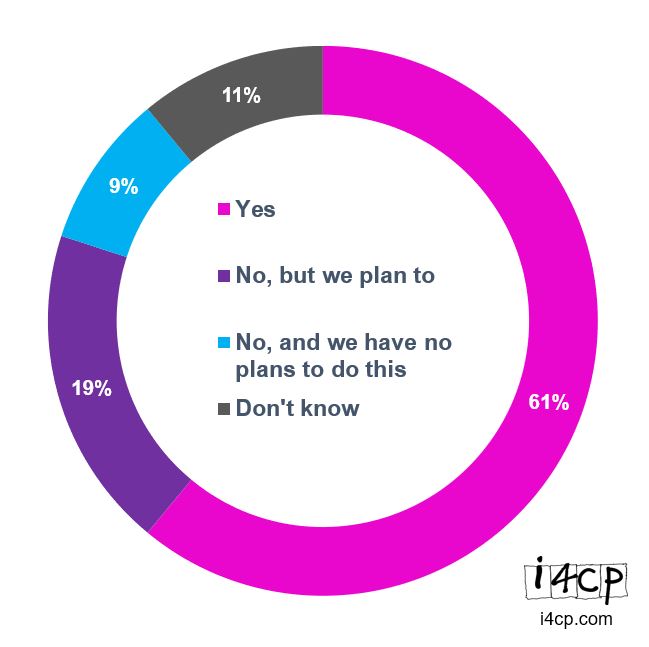 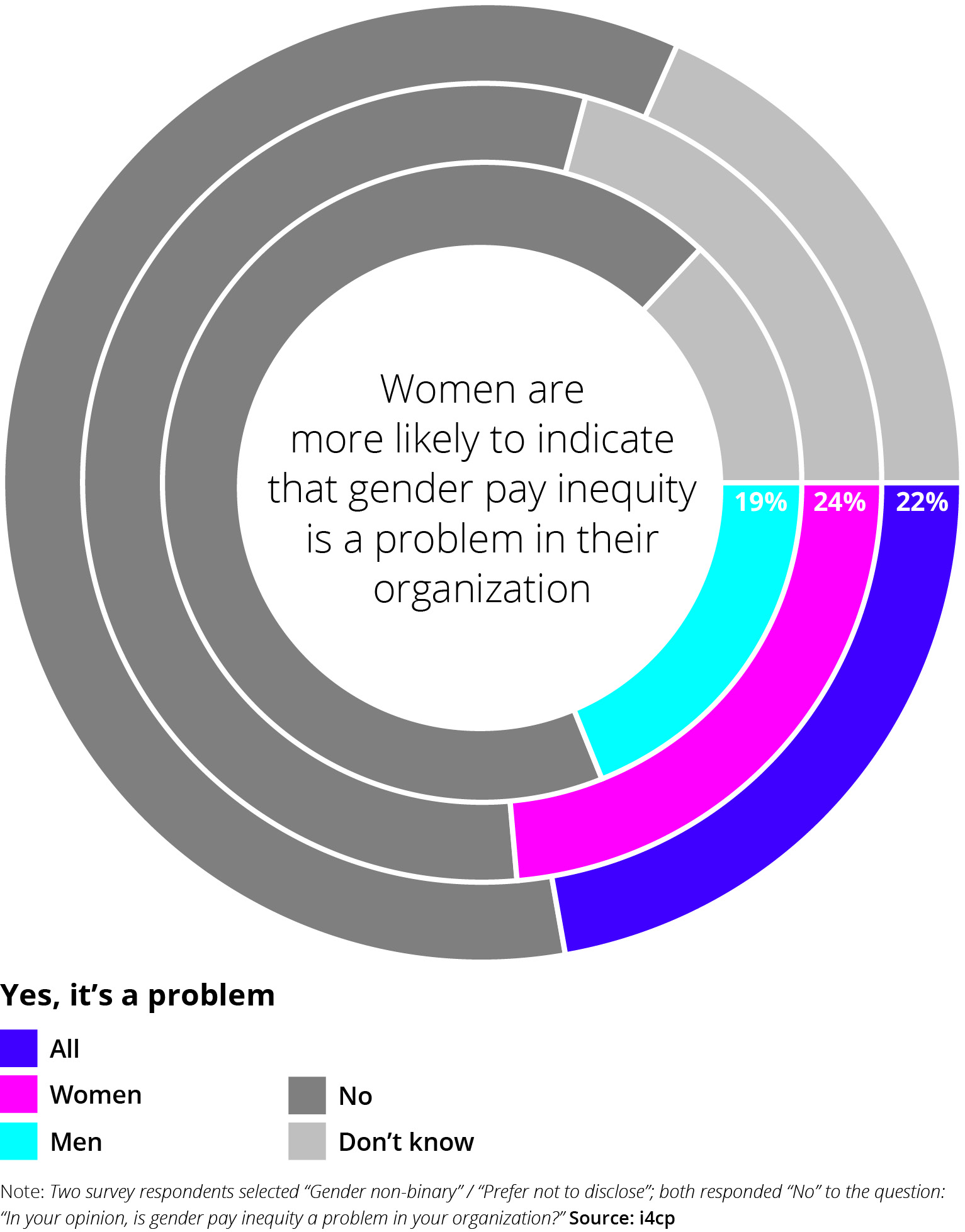 In 2018, 25% of women said they believed the gender pay gap to be a problem in their companies while 13% of men agreed.

In 2020, the number of women who reported they believe pay inequity is a problem in their organizations remains largely unchanged—24%—but the number of men who had this same perception grew to 19%.

Response to a new question we added this year: “Beyond identifying whether gender pay disparities exist, does your organization take steps to understand why the disparities exist?” we found that overwhelmingly (83%), organizations are indeed taking the step post-audit to identify the factors leading to gender pay gaps, and an additional 11% have plans in the works to do so too. Only 2% said this isn’t happening in their companies and there are no plans to do so in the future.

Both the 2018 and the 2020 i4cp surveys are built upon six key strategies we noted via a comprehensive literature review to be consistently cited by researchers and thought leaders alike as effective practices to address gender pay inequity:

Beyond pay auditing, here’s where things stood in terms of adoption of these practices in 2018 and progress (or not) in the ensuing 30 months:

In 2020, the number of those who said their organizations have salary bands doubled from what it was in 2018: 80%. The number who said no we don’t have salary bands in my company, and we have no plans to create them dropped to 10% from 38% in 2018. So, progress is clear and resistance to creating salary bands is in decline, which in turn decreases the odds of factors such as bias and just plain old arbitrary decision making coming into play when it comes to pay.

Make pay transparent (i.e., salaries and the formulas to reach them are openly available)

This is a strategy that is often suggested as a remedy for gender pay inequity that some may say perpetuates gender bias in and of itself because it implies that women aren’t as good as salary negotiation as men—this is a topic of debate that will likely continue.

The operative word “voluntary” is worth considering—are organizations doing this because they anticipate an eventual legal mandate to stop inquiring about salary history in places where it isn’t already? Or because they want to ensure consistent recruiting practices? Because it’s just the right thing to do? A combination of some or all of these?

Offer flexibility in work arrangements for all employees

The provision of flexibility across the enterprise is thought to be a strategy that prevents women primarily from having to make a binary choice between work and family, which is why it too is so often cited as a strategy to address pay gaps.

If we learned nothing else in 2020 it is that effective and productive work from home is possible. Is it ideal? Not for everyone, especially with the added element of a pandemic and the closure of schools and other supportive resources in the community.

But here’s the big headline: This month (December 2020), we asked survey participants if their organizations offered flexibility to all employees before the COVID-19 pandemic began—35% said yes they did, with another 10% planning to do so pre-pandemic. So that number was trending downward from 2018 to 2020 pre-pandemic. And nearly half (47%) said no, they did not offer employees flexibility in work arrangements pre-pandemic, and there were no plans to do so.

What will the post-pandemic look like in terms of gender inequities in the workplace? With the continuance of more flexibility, it’s possible that we will say a narrowing of the gap. But time will tell.