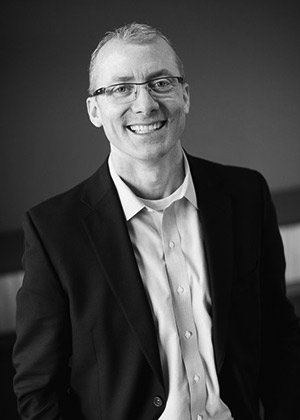 Kevin Martin is the chief research officer at the Institute for Corporate Productivity (i4cp); the leading research firm focused on discovering the people practices that drive high-performance.

In addition to guiding i4cp’s research agenda and deliverables, Kevin also advises corporate and human resources leadership teams on best- and next-practices in a broad range of topics that range from talent risk management and corporate culture, to human capital strategy and organizational agility. He also serves as executive sponsor of i4cp's distinguished Chief HR Officer Board.

Prior to i4cp, Kevin worked for several years at research firm Aberdeen Group where he built one of the industry’s leading human capital management (HCM) research practices and then held a variety of roles of increasing responsibility which included SVP of Research Operations with general management oversight of the company's 17 research practices, and SVP of International Operations where he led the firm’s expansion efforts in to Europe.

A highly sought-after international keynote speaker on all aspects of human resources and talent management, Kevin has been recognized as a “Top 100 HR Influencer” by HR Examiner. His and his team’s research have been cited in leading business media, including Forbes, The Wall Street Journal, Fast Company, Harvard Business Review, Inc. Magazine, Bloomberg, the Financial Times, CFO Magazine, CIO Applications, and on CNBC.

He is also an occasional contributor for the Financial Times.

Kevin currently serves on the advisory councils for the University of Dayton's school of business administration and school of engineering. He also serves on the board of advisors for Bullseye Engagement. From 2005 to 2014, Kevin served on the board of directors for Big Brothers Big Sisters of Central Massachusetts, which included a two-year term as board chairman (2009-2011). In 2006, Kevin was awarded the Commonwealth of Massachusetts's "Big Brother of the Year".

CULTURE HEALTH: A NEW PROXY FOR EMPLOYEE PRODUCTIVITY
The move to a hybrid work model has many corporate leaders questioning how to ensure and measure...

VIDEO: THE STATE OF SUPPLIER DIVERSITY IN THE U.S.
In September 2022, i4cp conducted a survey for the Wall Street Journal and partnered with members of...

HOW TO OPTIMIZE AND ALIGN YOUR PEOPLE STRATEGY
Does it seem as if your HR team’s list of priorities reads more like a grocery list than a set...

75% OF LARGE COMPANIES ARE RESTRUCTURING THEIR HR FUNCTIONS—BUT DOES IT REALLY MATTER?
Two years of multiple crises that required human resources (HR) to respond and lead decisively...

NEXT PRACTICES TO ACT ON NOW
The stated purpose of the Institute for Corporate Productivity (i4cp) is to discover and advance...

THE TALENT IMPERATIVE: 5 ACTIONS TO COMBAT THE GREAT RESIGNATION
In May 2021, 72% of senior HR executives at large organizations (1,000 or more employees) surveyed...

2021 CORPORATE HUMAN CAPITAL DISCLOSURES: WHERE’S THE BEEF?
Following the Securities and Exchange Commission announcement a year ago that corporations will need...

HUMAN CAPITAL DATA CONSIDERATIONS FOR CORPORATE BOARD DIRECTORS
We’ve entered the next era of work. Digitization, globalization, the environment, and the...