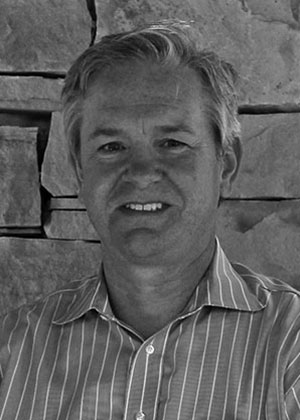 Kevin Wilde serves as an adviser to i4cp and contributes to the direction and focus of i4cp's research.

Kevin was previously responsible for world-wide people growth at General Mills, including talent management, executive development and the Leadership Institute. Since joining the company in 1998, the organization was consistently recognized for its innovative development work, highlighted by Fortune's #2 ranking as one of the best companies in the world at leadership development, #1 listing by Leadership Excellence magazine, #1 Global Learning Elite ranking and Training magazine's "Hall of Fame" designation as a top company for employee development. In 2007, Chief Learning Officer magazine selected Kevin as CLO of the year.

Kevin is a columnist for Talent Management magazine and serves on the editorial board for a number of professional journals. In 2011, his first book, "Dancing with the Talent Stars: 25 Moves that Matter Now" was published by Human Capital Media. His writing for Talent management received a national award for editorial excellence from the American Society of Business Publication Editors. His work has also been published in over a dozen books, including Coaching For Leadership and the Pfieffer Annual on Leadership Development. He has been quoted on leadership and development by Business Week, the Financial Times, Fortune and Time magazine.

Before joining General Mills, he spent 17 years at General Electric in a variety of human resources positions in the healthcare and capital divisions, as well as corporate assignments at GE's renown Crotonville management development center. While at GE, he also held positions in manufacturing, marketing and six sigma quality.

FIVE QUESTIONS TO ASK YOURSELF ABOUT THE FUTURE
At the beginning of 2017, i4cp published a series of editorials from 18 thought leaders who boldly...

DAY THREE: FINAL WORDS AND INSPIRATION
The final day of the i4cp 2017 Conference included a panel about cultural innovation for...

I4CP 2017 CONFERENCE DAY TWO: QUOTES AND NOTES
Expectations always rise on the second day of a high-quality conference; this year was no exception.

I4CP 2017 CONFERENCE DAY ONE: 7 QUOTES
Day one of i4cp’s 2017 conference began with a familiar tune: we live in a world of disruptive and...

PRESENT AND ABSENT: THE STATE OF THE LEARNING FIELD
I recently chaired a learning and talent management conference. For nearly three days, I introduced...

2017: THE YEAR OF JOYFULLY BACKING OFF
A New Year usually finds us in an additive mode. We are naturally ‘value-adders’ and seek to...

PLANNING TO SUCCEED AT TALENT DEVELOPMENT: 5 THINGS TO KEEP IN MIND
The adage "failing to plan is planning to fail" is a timeless observation that serves as a useful...

MANAGING TALENT MOBILITY VS. MASTERING IT
If people develop mostly through experiences and assignments, it is imperative that we excel at...

THE BRACKET-OLOGY OF DAY TWO AT THE I4CP CONFERENCE
I’ll admit it. Day two of a good conference brings a certain gamesmanship in comparing speakers and...