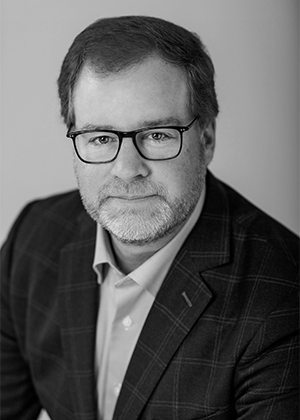 As CEO and co-founder of i4cp, Kevin provides strategic direction and vision, and is responsible for the overall operations of the organization.

Kevin is also the author of Culture Renovation®, an Amazon bestseller in multiple categories. Drawing on data from one of the largest studies ever conducted on corporate culture, Culture Renovation® details how high-performance organizations such as Microsoft, T-Mobile, 3M, AbbVie, Mastercard and many more have successfully changed organizational culture.

Kevin is currently on the board of Performitiv, a performance improvement technology company. Kevin is also on the advisory boards of Guild Education, EdCast, and Sanctuary. Kevin was previously on the board of directors of KnowledgeAdvisors, a provider of human capital analytics software, which was purchased by Corporate Executive Board in March of 2014. Kevin was also the Chairman of Jambok, a social learning start-up company which was founded at Sun Microsystems and was purchased by SuccessFactors in March 2011. He also served on the boards of Workforce Insight and Koru prior to their sales.

Kevin is on the board of Best Buddies Washington and helped establish the first office for Best Buddies in the state in 2019. Best Buddies is a nonprofit organization dedicated to establishing a global volunteer movement that creates opportunities for one-to-one friendships, integrated employment, leadership development, and inclusive living for people with intellectual and developmental disabilities (IDD).

Kevin was previously the Founder and the President of SumTotal Systems (NASDAQ: SUMT) which he helped create in 2003 by merging Click2learn (NASDAQ: CLKS) with Docent (NASDAQ: DCNT). The merger won Frost & Sullivan's Competitive Strategy Award in 2004.

CULTURE FAIL OF THE MONTH: GODADDY
GoDaddy, the world’s largest domain registrar and web-hosting company, is facing backlash for...

SUPPORT THE BEST BUDDIES DIVERSITY, EQUITY, AND INCLUSION FUND
Many of us in the U.S. were forced to celebrate Thanksgiving from afar this year, isolated from...

11 ACTIONS TO CONSIDER FROM THE SEC’S MANDATE ON HUMAN CAPITAL DISCLOSURE
Over the past two weeks since i4cp published its initial guidance on the U.S. Securities and...

HOW YOUR WORKFORCE VIEWS YOUR COMPANY’S RESPONSE TO TODAY’S ISSUES PROBABLY CORRELATES TO THEIR...
It’s not news that Republicans and Democrats generally view the U.S.’ response to the COVID-19...

A POSITIVE PRODUCT OF THE PANDEMIC: CULTURE
This article was originally published on Human Resource Executive’s website. “Our engagement results...

JOIN LEADING CHIEF DIVERSITY OFFICERS ON JUNE 2 FOR A CONVERSATION ON ESCALATED RACIAL TENSIONS
Seattle - May 31, 2020 – In response to the escalated racial tensions following the death of George...

RETURN TO THE WORKPLACE IS AN FFT MOMENT
Within minutes two articles appeared on my desktop this weekend. One declared The office as we knew...

WITH THE WORLD STOPPED, WELL-BEING PROGRAMS MUST ADVANCE
Sometimes I’ve gotten so busy, felt so overwhelmed, that I’ve wished the world would just take a...