Why Some of Us Marched

The Women’s March on Washington D.C., which evolved into a global event with “ sister marches” documented in over 80 countries, was an unprecedented happening that by some estimates drew as many as five million participants.

In the days since, I’ve heard and read online the same question in various forms, basically: “What was that all about? What were they marching for?”

While the organizers of the march created a document spelling out the principles behind the event, the answer to the question of the goals of the marchers is impossible to answer. There is no singular reason; there exist as many as there were individual marchers.

Yes, some people marched to oppose things, to protest, but more importantly in my view, people marched for things that are important to them. And while we may disagree on those things too, it’s very likely that we agree on some of them, no matter who we voted for.

The last time I participated in a public march was during the darkest days of the AIDS crisis. Some of my friends were dying and I felt moved to participate in marches to press for funding for research and access to life-saving drugs.

Last Saturday I boarded a bus in New York City at 5 a.m. with 88 other women headed to Washington D.C.  I marched with my daughter because I want to preserve reproductive rights and marriage equality, because I care about pay equity, access to affordable childcare, healthcare, protecting the environment, and fact-driven decision making.  I saw signs that reflected those concerns. And I saw signs that called for a living minimum wage for workers and the right to organize. I saw signs that expressed concern that climate change is being debated. I saw signs that supported the right to clean water and clean air for everyone, and signs about the importance of our land and natural resources and how they must be protected. I saw school teachers and librarians marching in support of public schools and funding for the arts.  I walked with other women, men, teenagers, toddlers, people of every race and age, every cultural background and on and on. The diversity of the crowd was staggering.

The march for me was about many things, not the least of which was an exercise in democracy. We live in a country in which everyone has a chance to stand up in public and say their piece without fear of reprisal or censorship, and that’s worth celebrating.

I asked some of my i4cp colleagues who also attended peaceful marches around the country, to share a photo and an observation or comment about why they marched:

“Here’s my take on the "Why" for this movement: the goal is to disrupt any status quo processes or approaches that diminish the rights and/or inclusion of our fellow citizens.”
—Joe Santana, New York 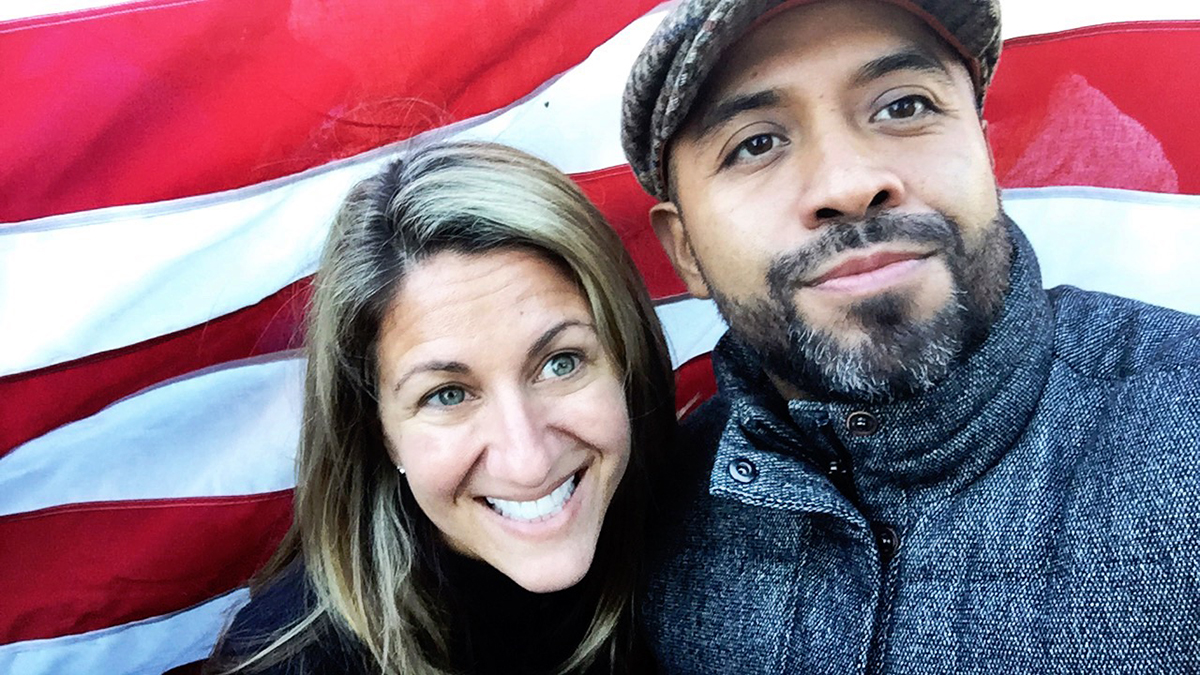 “When I was 10 years old, my grandmother took me to a protest and I remember white supremacists counter protesting. My grandmother stood up for all people being equal and having equal rights.  I marched because I believe all people deserve equal rights and opportunities.  I’m concerned for my LGBT community.  I’m concerned that the progress we’ve made in our country for women, LGBT community, and immigrants will slowly and quietly be swept under the rug if we don’t stand up.  My family, generations before, died in concentration camps. Never forget.”
—Cher Murphy, Arizona 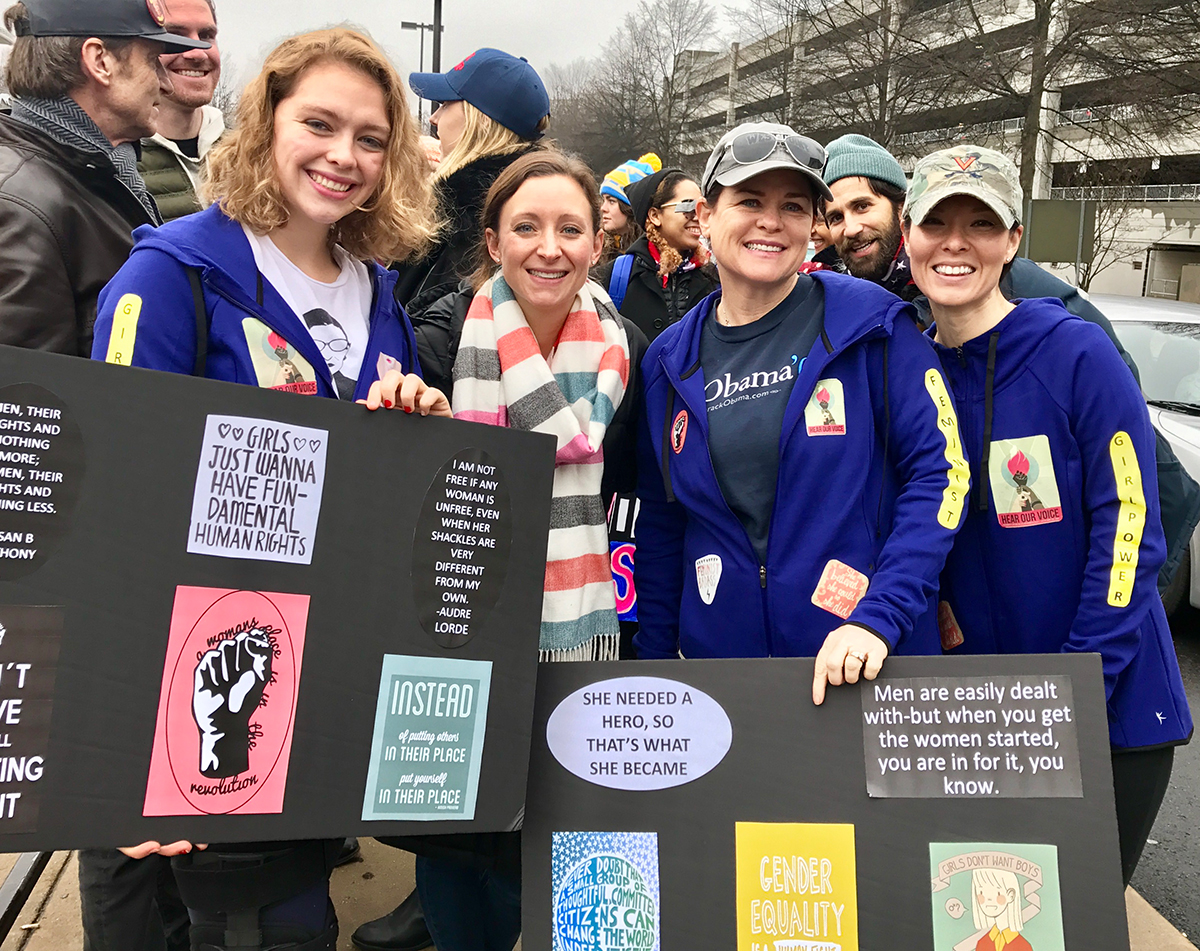 “People marched for a variety of reasons, but the common theme seemed to be human rights for all humans around the world. Some marched for LGBTQ rights, some marched for racial equality, some marched against violence against women, some marched for reproductive rights.  We could all agree on our shared humanness.  I took my 16-year-old daughter, Maggie, to the march and we were inspired by the speakers.  We enjoyed talking with those around us and were encouraged by how many men who attended to support women's rights. The experience was very empowering for Maggie and bonding for us.  Anytime a mom can get a teenager to engage is a win!
—Kate Jackson, Virginia

“Our nation was founded to be a melting pot of diverse people who contribute varied skills, perspectives, and strengths. Take away the contributions of any of us and we all lose. Women and minorities of all sorts have fought hard for years to eke out progress in many areas. We aren’t even close to achieving true inclusiveness, but we must continue trying. Visibility in marches and public events is a foundational step.”
—Carol Morrison, Florida 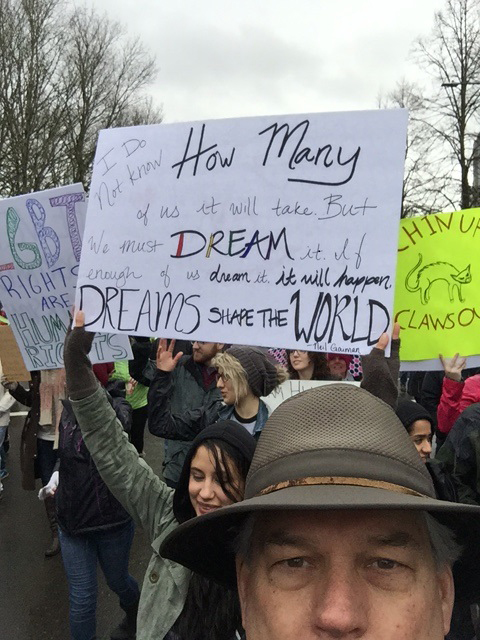 “Our march was in the state capitol mall in Salem, Oregon. It rained the whole way, but this did not dampen spirits. We marched to signal that we’re concerned about the country.”
—Patrick Murray, Oregon

- to show solidarity with my daughter and other women --  that we are not alone in our resistance to bad policy and  leadership practices that do not respect women and our democratic ideals.

- to recreate a sense of political involvement and connection for myself -- that having a voice matters. That exercising that voice when there are issues of values at stake is important and vital -- both are critical to my personal health and well-being, as is demonstrating that to my daughter.