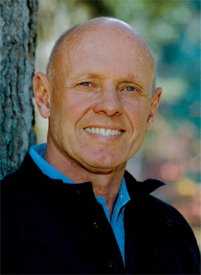 (July 16, 2012) - Today’s news that author, teacher, management expert and motivational speaker Dr. Stephen R. Covey has passed away following a bicycling accident this past April saddened us deeply. Dr. Covey’s eldest son, Stephen M.R. Covey, co-founder and CEO of CoveyLink Worldwide and well-known speaker and advisor on trust, leadership, ethics and high performance, is a longtime friend of i4cp and one of the most popular speakers at our conference the last two years.

Recognized as one of Time magazine's 25 most influential Americans, Dr. Covey is best known as the author of his best-selling book, The Seven Habits of Highly Effective People, selling 20 million copies to date. In addition, he wrote First Things First, Principle-Centered Leadership, The Seven Habits of Highly Effective Families, The 8th Habit: From Effectiveness to Greatness and The Leader In Me—How Schools and Parents Around the World Are Inspiring Greatness, One Child at a Time. In The 8th Habit, a sequel to The Seven Habits, Covey asserted that effectiveness is not enough in what he called "The Knowledge Worker Age," "the challenges and complexity we face today are of a different order of magnitude," Covey said. The theme of The 8th Habit is that leaders must embark on their own journey of self discovery and in turn help others do the same – that in order to become truly great at what one does, one must give greatly of themselves.

Dr. Covey’s consistent message in his writing and public speaking was that success was an inside job: individuals have the power to effect change in their lives and in the lives of others by starting with self-mastery – character, integrity, living consciously and intentionally are the foundation of success not only in business but in life. Covey’s work on principled leadership and effective management centered on the common theme of responsibility, personal accountability and was summed up in his “walk-the-talk” admonishment, “To learn and not to do is really not to learn. To know and not to do is really not to know.”

There is little doubt that Dr. Covey’s many contributions, thought leadership and common-sense approach will influence leaders for many years to come. i4cp extends deepest sympathy to Dr. Covey’s family, and we close with Dr. Covey’s seven habits:

Habit 2: Begin with the End in Mind

Habit 5: Seek First to Understand, Then to Be Understood