When Good People Quit...Do You Really Know Why? 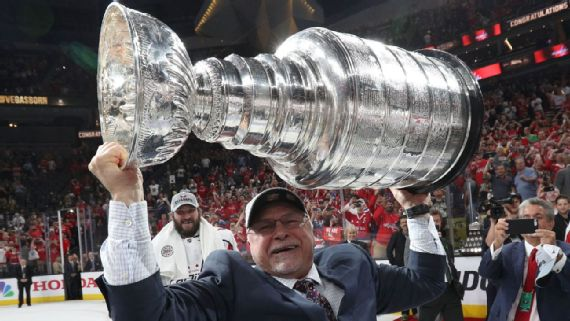 The Stanley Cup is one of the most revered trophies in all of sports. Awarded annually to the champion of the National Hockey League, it is the oldest existing trophy to be awarded to any professional sports franchise, originally commissioned in 1892. Hockey players and coaches worldwide dream of hoisting the cup in triumph.

Surely Barry Trotz, the head coach of the Washington Capitals, had this dream many times. And on June 7, 2018 he realized his dream and did something that had never been done before: he guided the Capitals to their first Stanley Cup championship in the team’s 44-year history. It was a surprising win for a city that hadn’t seen a professional championship of any kind in 26 years.

And, a little over a week later, Trotz did something else surprising. He quit.

Capitals fans all asked the same question in unison: why?

It’s a question organizations are often asking themselves when they lose good people, and often they don’t really know the answer. It’s not uncommon for speculation to run rampant. “More money.” “Bigger role.” “Needed a change.” The excuses go on and on because of one primary reason: people who are exiting usually aren’t truthful about why they are leaving.

There are 3 reasons why this happens:

1. Exit surveys are usually a waste of time

The exit process is horribly broken in most companies. On the last day the exiting employee typically sits down with an HR representative and goes over very tactical information (turn in your key card...here’s your benefits information...where is your laptop?). The “strategic” conversation on why someone is leaving is usually just one more check box, or often non-existent.

2. Most companies aren’t truly listening to employees before they leave

While approximately 80% of companies do some form of exit surveys, only a fraction perform stay interviews, despite a high correlation to market performance (what we call a next practice). Why wait until someone resigns to get their input?

3. Most companies aren’t monitoring the employee experience in real time

Exit surveys and stay interviews are but two channels to collect employee feedback. Most (74%) organizations still, for some reason, rely on traditional employee surveys to gauge engagement and uncover issues, even though technology now exists to not only listen to employee feedback in real-time but analyze and act on it just as quickly.

High-performance organizations are utilizing several techniques to reduce turnover of top talent and proactively address employee issues. We also introduced new offerings to explicitly address these issues, including ExitMetrix™ (online exit surveys and stay interviews) and Rapport™ (a platform to listen, learn, and act on employee sentiment in real time).

If you are interested in better understanding attrition issues in your organization, let’s talk. You never know who is getting ready to leave...it might even be those who just realized their dreams.