HOW GRAINGER BUILDS COACHING SKILLS IN ITS LEADERS 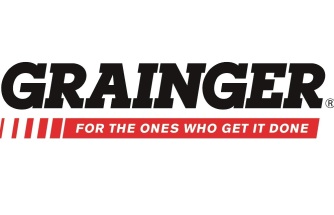 As W.W. Grainger, Inc. evolved from a U.S.-centric firm to a global distributor of industrial supplies, the concept of leader-led development emerged, and its Leaders as Coaches initiative was launched in 2009. Three years later, John Lawson, Director of Learning and Development, said the investment in the Leader as Coach program has been well worth it.

Here’s how the process rolled out: leaders experienced the program first as learners, then participated in a train-the-trainer certification and finally delivered the modules to their managers. Leaders then shift to a coaching role, reinforcing the concepts and skills with their managers on an on-going basis.

The five modules in the Leader as Coach program are as follows:

Role of the leader as coach

Leaders guide managers through discovery learning to link coaching to the company’s strategy. They define good coaching, identify the leader’s role in coaching, and develop action plans to eliminate any barriers to coaching.

This module emphasizes ways leaders can create an open, trusting environment for their teams, how to overcome challenges to that trust, and role-play of coaching scenarios in gaining trust before team members are receptive to coaching.

The final module pulls everything together to optimize the coaching process and extend the coaching conversation to enable leading high-performing teams. By the end of the program, leaders are able to adjust their coaching approach based on the individual team member and situation, set standards for performance, clearly communicate responsibilities and expectations, monitor progress with candid and constructive feedback, and demonstrate their strong commitment to developing people.

Participants in the Leader as Coach curriculum reported that that their coaching behaviors had improved: 78% of respondents said that the training helped them better understand expectations around coaching and teaching; 89% of respondents noted they were able to apply what they learned in the training within one month.

Lawson said, “I think we have better leaders. When it comes to this core competency—coaching, providing feedback, being reflective—this is table stakes.”

This is an excerpt from i4cp's report, Accelerating High-Potential Employees on the Path to Leadership, available to i4cp members exclusively.

Equity, Transparency, and Leadership Engagement Are Keys to Retaining Women

The Unintended Consequences of Listening to Your Employees