How BAE Systems is Integrating AI and Increasing Agility

When Curt Gray, SVP of human resources and administration at BAE Systems Inc., surveys the corporate environment around him, he sees disruption everywhere.

Take, for instance, the possibilities (and challenges) presented by artificial intelligence and automation present. 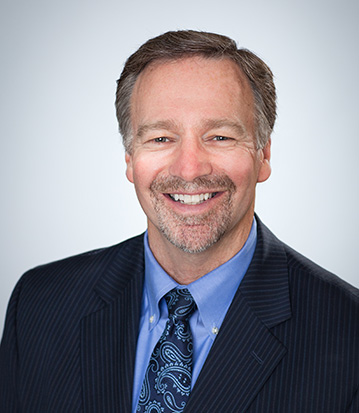 “There’s the question of how to apply AI and automation—what tasks to automate to improve efficiency and allow workers to concentrate on the strategic and creative,” says Gray,

The way humans prefer to work is changing significantly too.

“There’s a certain segment of the workforce that favors a portfolio-defined career instead of a position-defined career,” says Gray, who will present on disruption at work at the i4cp Next Practices Now Conference 2019, to be held March 11 – 14 in Scottsdale, Ariz. “They do two or three project-based jobs at a time; none of them full-time.”

“If you look at what’s going on in some of the countries we work in and work with, whether it’s Brexit or the gap between the parties in the branches of U.S. government, our business environment is one where disruption is kind of the norm.”

Aiding workers, not replacing them

As the head of HR at one of the world’s largest defense and security companies, Gray sees the impact of factors such as automation every day. And we’re just scratching the surface, he says.

In the manufacturing sector, automation can drastically cut the time necessary for a broad range of tasks—performing pick-and-place jobs on the production line, for example.

“Over time, that could cost employees’ jobs,” he says. “At the same time, automation also means being more agile and adaptive, in terms of where we do work and who we have do the work.”

But Gray cautions against overreliance on AI to do too much of the work, pointing to the automation of administrative tasks in HR as an example.

“The next level of disruption as the capability of AI matures, the potential disruption—and I don’t mean this as a good thing—is that AI completely takes the human out of human resources.”

The key to successfully integrating AI lies in using it to augment HR and other functions, not to replace them, says Gray.

“In HR’s case, this frees up HR to focus more on the employee experience; the experience individuals are having with each other and with their organization. The risk is that you don’t want people just interacting with machines, and not other people. That’s where AI can become either an enabler or a hindrance.”

When the line between the outside world and the workplace disappears

In 2019, the employee experience is something drastically different than it was in 1999 or even 2009.

In the past, most large organizations went to great lengths to avoid taking a public stance on any issue—political, social, or otherwise—that could potentially alienate employees, would-be employees, or consumers. Companies can’t afford to do that anymore.

Political and social concerns are inescapable at the moment, even in the workplace—an environment in which hot topics were once avoided, and controversial subjects such as politics, religion, and culture were taboo. Now, employees expect the organization to publicly and proudly stand for something. More specifically, many employees prefer that their employers publicly stand for the same things they believe in.

For example, i4cp research shows that a company’s stance on societal issues—however touchy those issues might be—matters, and is an important component of its employment brand.

This recent i4cp survey of 502 respondents found that 62% of those polled said they wouldn’t work for an organization if that organization’s publicly stated values don’t align with their own. And 65% indicated that they wouldn’t buy from a company that didn’t share a similar worldview.

Companies have long known that they must play a larger role in helping employees achieve improved overall health and better work/life balance and must offer rewards and benefits that help workers reach these goals. But organizations must now have a clearly defined social identity to compete in the current talent market, says Gray.

“This is introducing a new kind of disruption into the workplace. We haven’t seen this kind of cultural intervention of the outside world in the organization before,” he says. “It used to be that employers essentially asked their people to leave their troubles—and their personal beliefs—at the door. But now companies are realizing that you really are hiring the whole person.”