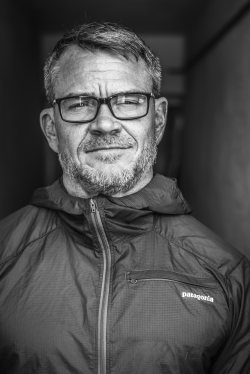 With anticipation growing for the i4cp 2020 Next Practices Now Conference, the Institute for Corporate Productivity (i4cp) is pleased to announce the most recent addition to the keynote speaker lineup; outdoor clothing company Patagonia’s Chief Human Resources Officer, Dean Carter.

Carter, who joined Patagonia as Vice President of HR in May of 2015, provides strategic leadership and direction for their global human resources, finance, and legal teams.

Now, serving as CHRO on Patagonia’s core leadership team, his goal is to further the company’s unique business model, proving that companies can “Do Well and Do Good.”

Outside of his work at Patagonia, Carter was the recipient of the Top 10 Breakaway HR Leaders award in 2013 by the Global HR Summit. He also supports his community, sitting on the Board of Directors for the Music Academy of the West.

Carter’s conference presentation will offer a deeper look into Patagonia’s counter-intuitive and regenerative approach to talent, while also revealing the philosophies and drivers behind the company’s uncommon culture.

He will join other distinguished speakers from top companies including:

The i4cp 2020 Next Practices Now Conference will take place March 23 – 26 at the Fairmont Scottsdale Princess Hotel in Scottsdale, AZ. It is consistently ranked among the best HR events each year because of its focus on next practices—defined by i4cp as cutting-edge approaches that impact market performance but that are not yet widely used—and its exclusive, collaborative environment, which is closed to vendors and consultants to ensure open conversation.