And the amazing speakers keep on coming! We are thrilled to announce that Charlene Li, founder of Altimeter Group and author of the New York Times bestseller Open Leadership will present at the i4cp 2015 Conference, March 16 - 19, in Scottsdale, Arizona. 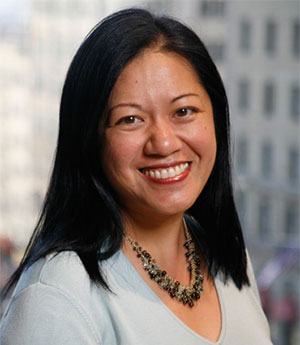 The highly praised annual event explores the people practices that drive high market performance, with an emphasis on next practices. Charlene, considered one of the foremost experts on social technologies and leadership practices, is on the cutting edge and has profound insights into how the digital age will affect--and already is affecting--organizations and leaders in particular.

Charlene is also the coauthor of the critically acclaimed book Groundswell, which was named one of the best business books in 2008. She has been named as one of the 100 most creative people in business by Fast Company, as well as one of the most influential women in technology.

Even though the conference, which is closed to vendors and consultants, isn't until March, seats are already filling up. We're running a terrific "super early bird" promotion: Register by September 30 to receive $500 off the standard rate.

The Unintended Consequences of Listening to Your Employees

Why Companies Should Care About Purpose

When Will U.S. Workers Return to the Office? Over 50% of Employers Have a Plan

43% of Companies Offer Paid Time Off to Get Employees Vaccinated

Lots of Promises, But Progress is Slow for Equity in Succession Planning