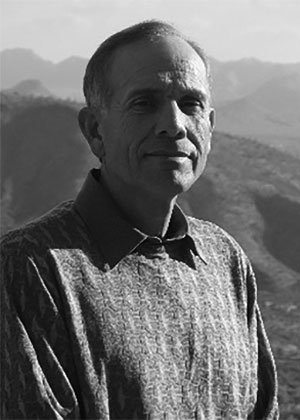 John serves as the chair of i4cp's Chief Learning & Talent Officer Board. He is also a writer on issues of organizational learning, with special emphasis on learning strategy and technology enabled learning. John also serves as coach to several Chief Learning Officers at major corporations.

He has served as Vice President of Learning and Development at Dell Computer Corporation. At Dell, he was responsible for the education of all Dell employees worldwide and implemented a philosophy and infrastructure aimed at leveraging technology, putting the learner in control, and making learning an integral part of working. Under his leadership, nontraditional methods came to represent more than three quarters of all learning in the company. He was credited with designing the first executive education program in the Fortune 500 in which the faculty consisted exclusively of the CEO and members of the executive committee.

During his tenure, Dell Learning received the "World Class Innovator" award from Innovation Associates and Fast Company Magazine, was named Corporate University of the Year by the National Alliance of Business, and was one of the first winners of the Excellence Awards presented by Corporate University Exchange and the Financial Times. Training magazine named Dell Learning to their top 50 in corporate education, and John as an e-learning evangelist.

John served as the 2002 Chair of the Board of ASTD, served on the board and was Chair of ASTD's Certification Institute. He has also served on the Editorial Board of Strategic HR Review, and the board of SumTotal Systems.

Prior to Dell, John was Vice President of Human Resources for Sequent Computer Systems Inc. In that role, he redesigned the HR function at Sequent and founded the OET, a group of senior consultants specializing in business process design and reengineering, organizational design and planning, strategic human resource planning, and team development. He joined Sequent as President of Sequent University, which he formed. In that role, he also created the company's first comprehensive quality strategy.

Prior to Sequent, John was a founder and creator of Motorola University (MU) and served as Director of Corporate Educational Services. In that role, he had responsibility for all aspects of the operation of the corporate education function. In his eleven years at Motorola, John was responsible for creation and start up of each of the major components of MU, and in his last two years with Motorola he personally led the company's Senior Executive Program and the VP Task Force on Change.

John has designed and delivered a wide range of educational interventions and provided consultation to companies throughout the world on strategy development, quality, cycle time, benchmarking, leadership development, organizational effectiveness, the use of technology in corporate learning, and on the effective utilization of training and education.

2018: THE TALENT MANAGEMENT TIPPING POINT
Looking forward into 2018, I think we are approaching a tipping point for talent management. Talent...

IN A WORLD OF SOCIAL LEARNING, DEVELOPMENT IS AN EXPERIMENT
Social learning offers the development function the opportunity to shift both practices and mindset.

TALENT MANAGEMENT: WHAT'S YOUR DEAL ANYWAY?
Everybody seems to agree that talent management needs to be aligned with the business (it’s hard to...

EMPLOYEE EXPERIENCE AND THE MOMENTS THAT MATTER
Great presentations this week and lots of hallway talk at the i4cp 2017 Conference about the...

TALENT DEVELOPMENT IN THE POST-TRUTH AGE
Post-truth: Adjective, relating to or denoting circumstances in which “objective facts are less...

MAKING IT PERSONAL: THE VOLUNTARY EMPLOYEE
I think the most significant issue our profession will face in 2017 is the continued rise of the...

SIX ACTIONS TALENT DEVELOPMENT CAN TAKE TO ENABLE SUCCESSION
The links between an organization’s talent development efforts and the process for succession...