80% OF COMPANIES: PROPOSED LAPTOP BAN WILL CAUSE LOSS IN WORKFORCE PRODUCTIVITY

Corporate executives are expected to be most impacted by restrictions 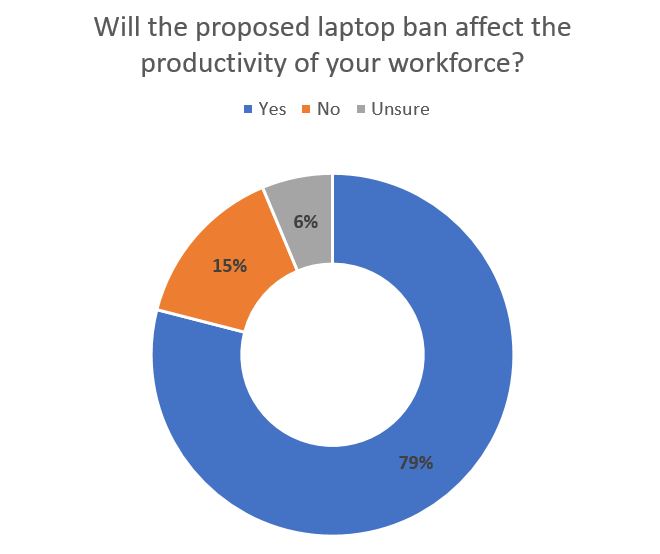 Workforce productivity will suffer if the U.S. Department of Homeland Security proceeds with its plan to impose a ban on laptops and tablets on inbound flights from Europe, according to new research from the Institute for Corporate Productivity (i4cp).

Nearly 80% of the 618 organizations that participated in the May 2017 survey stated that the so-called “laptop ban” would have a negative effect on workforce productivity.

“Most business professionals I know who travel frequently between the U.S. and Europe use that precious airplane time to prepare presentations, follow up on action items from meetings and generally get caught up,” said Kevin Oakes, CEO of i4cp. “I’m not sure if the proposed ban contemplates the loss of productivity for U.S. organizations if they can’t use essential items like laptops on airplanes, but it certainly will be substantial if it goes into effect.” 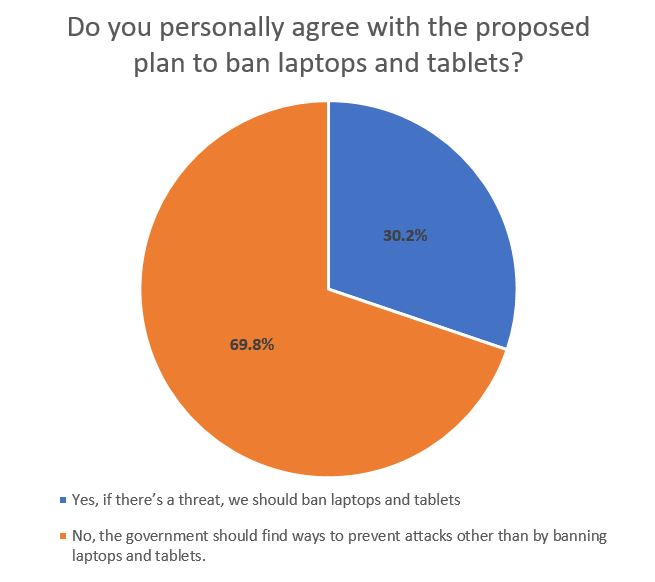 The anticipated ban would require that any electronic item larger than a cell phone be stored in checked-in luggage, effectively preventing business passengers from being able to work while in air. The ban, which has not yet been imposed for travel from Europe, is in response to fears that terrorists have discovered ways to plant bombs in laptops—and that people traveling through Europe from certain countries in Africa and the Middle East may pose increased risks.

Of the business professionals surveyed, 70% said they disagreed with the ban and that the government should find other ways to prevent attacks. Corporate executives would be most impacted by the decision; 51% reported that business leaders would be affected the most, with salespeople a distant second (14%).

When asked if there are any potential positives to a laptop ban, such as an increased emphasis on work-life balance (i.e. sleeping or reading), just under half (49%) of business professionals said “no,” with a quarter (24%) responding positively. The remaining 27% were unsure. 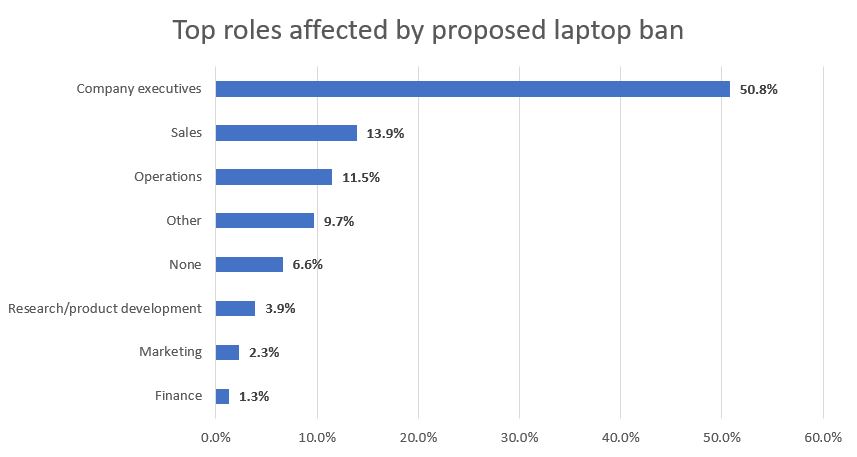 Return to Work & the Workplace Resources

How the Pandemic Whirlwind is Changing Employee Experience